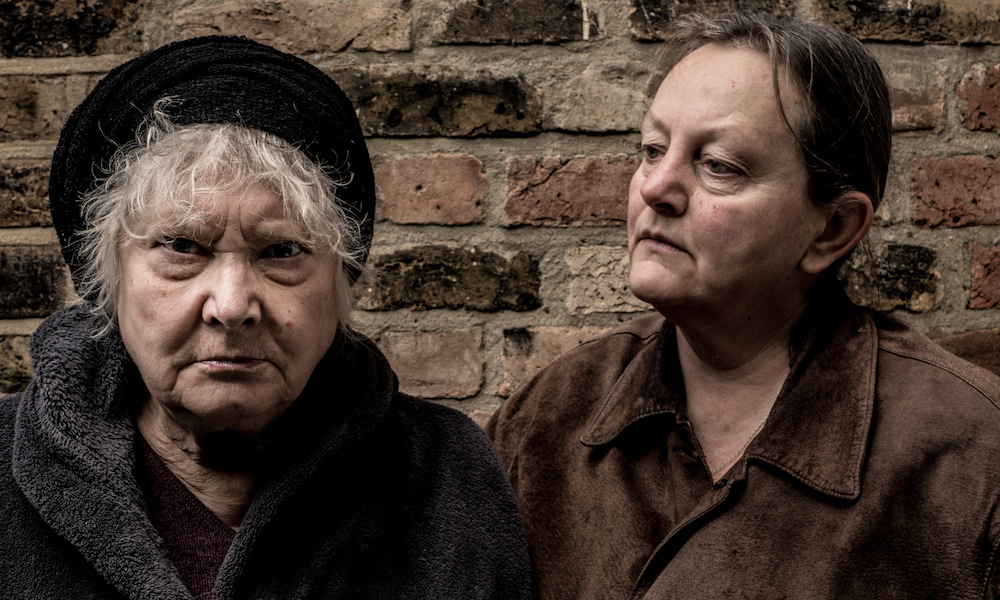 Three women are discussing the unstable flavour of fennel soup; its sweet, its savoury, its subtle but intangible flavour that creeps up on you. It’s a good simile for The Strongbox, a piece of new writing from Stephanie Jacob that has none of the security its title might suggest.

We are starved of three dimensional roles for older women, a fact illustrated by how much The Strongbox‘s poster stands out against the rest of the offerings at Vault Festival. In it, Joanna Wake faces us down with steely resolve, and though her character has no moniker but ‘Ma’, in that one expression Wake makes it clear that this is a woman foregrounded. If the apprehensive expression on her daughter ‘Kat’s’ face (also Jacob) is anything to go by, you patronise her at your peril.

Fear is the currency these women deal out and live by, along with the notes they eke out from the strongbox of the title to their domestic drudge ‘Maudie’ (Hannah Morely). It quickly becomes clear that ‘Maudie’ is not cooking and cleaning of her free will, she is a victim of modern slavery. Her background is hazy, recalled by her as snippets of songs and incoherent recollections. Her every transgression is noted in a ledger of debt by Jacob who swaggers like Ray Winstone and wields the threat of pliers like a Kray twin. The Strongbox have partnered with homeless charity The Passage towards a wider understanding of modern slavery, which makes you wonder if moments of ‘Maudie’s’ incarceration that seem to jar as hyperbolic may be more symptomatic of our lack of awareness than dramaturgical misfire.

The narrative slowly untangles a tense power dynamic between the women: mother, daughter, master, slave – the audience never knowing whose needs and whose control will win out moment to moment. Jacob’s writing considers how dominance manifests in who is holding the whip, but also in who is holding the spoon to our lips when you no longer can do it for yourself. The simple act of brushing your own or someone else’s hair can be servile or an act of tender loving care. It’s a nuanced distinction that director Lucy Richardson uses throughout as a constant negotiation of touch: £1 for a cuddle, slaps and worse dealt out for trespasses.

The performances never feel natural but are committed; the women’s instability brings to mind Beckett’s Footfalls where ‘May’ is described as ‘a tangle of tatters’, they are the composite of trauma and memories that can’t be trusted. Although the women refer to the outside, the world that they live in seems detached from it. An alienation that is emphasised by Jelmer Tuinstra’s scenography that configures the Vaults space so that the women’s home and its strange dressings (a table made of doors, delicate tiny wine glasses) is backed into a corner.

The Strongbox is a slow burn of a play. This production didn’t sweep me up in the moment, but it stayed with me and generated interesting conversations with others who’ve seen it and whom it also seems to haunt somehow. It’s a difficult one to quantify, somehow it resists value judgements and stares you down like ‘Ma’ in the poster – unnerving and menacingly volatile.

The Strongbox was performed as part of Vault Festival 2018. Click here for more details.