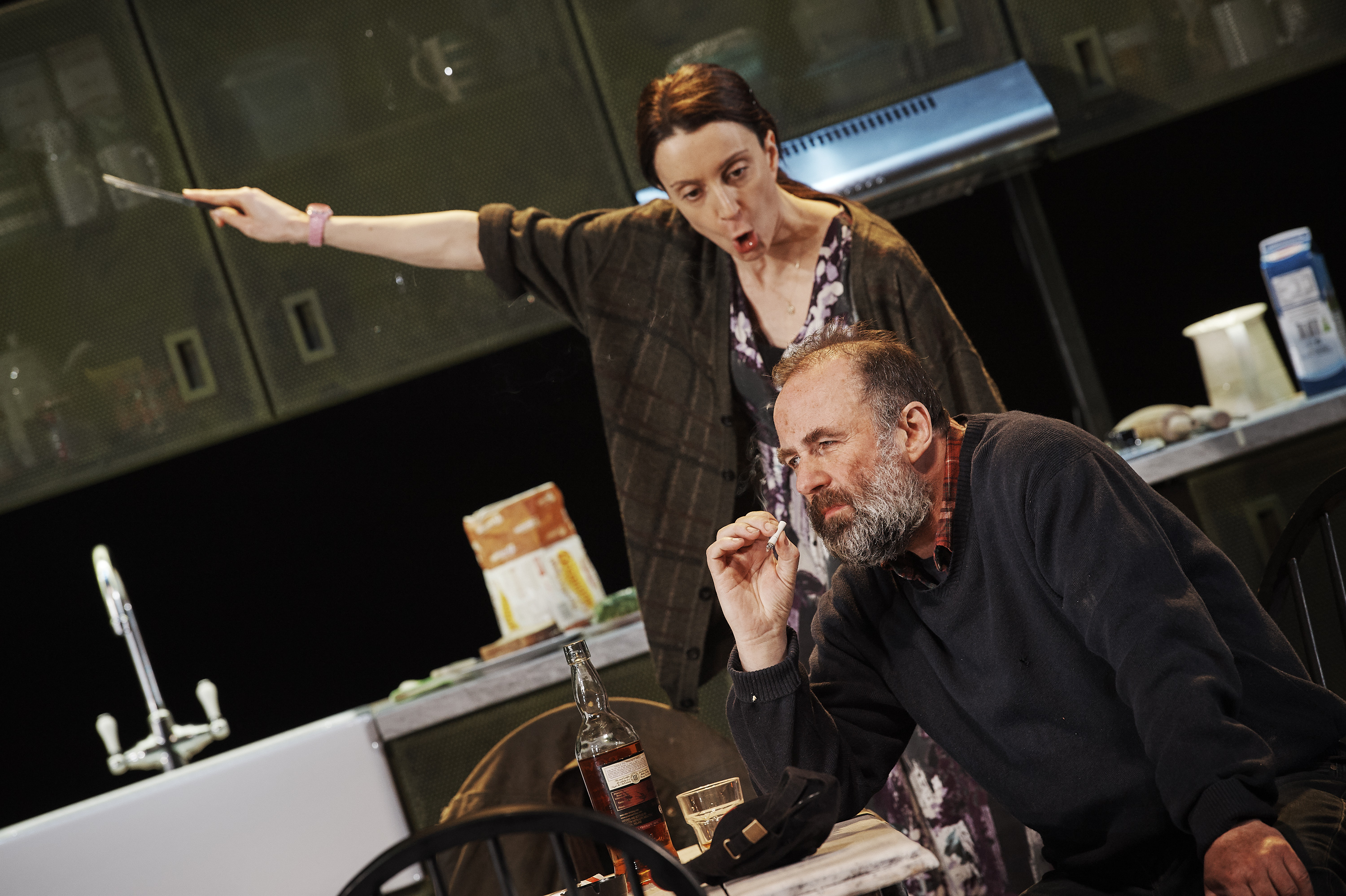 Late in On Raftery’s Hill, a farmer shares his thoughts on the marriage between sibling gods Zeus and Hera. “I suppose they had to populate the world some way,” says Isaac (Peter Gowen), explaining an ancestry warped by incest. At this point, in Marina Carr’s 2000 play, the omen isn’t lost on anyone.

In playwriting, Carr is fascinated by auguries more than most. The vicious Red Raftery (Lorcan Cranitch) has a secret so mephitic, his fields are stinking with rotten animal flesh. His son (Peter Coonan’s traumatised Ded) has taken to sleeping in the cattle shed, and his mother (Marie Mullen’s girlish Shalome), who lives with dementia, keeps trying to flee the house. Nobody feels quite at home.

In her committed production for the Abbey Theatre, director CaitrÃ­ona McLaughlin knows that Carr’s drama can resonate with recent out-cries against assault. The pearlescent steel interiors of Joanna Parker’s immense kitchen set resemble more an institutional facility than a home, with characters treading through drenching pools of water. It has the harshness of unearthing a dreadful history of unspoken abuse.

Even Red is looking for answers, searching for the true identity of his father. In performance, Cranitch is a mix of frustration and confusion, which lends later to brutality and paranoia. When Red overhears his daughter Sorrel (deft Zara Devlin) and her fiancÃ© Dara (a nicely judged Kwaku Fortune) speaking about his land, he expects to be betrayed.

Admirably, Carr seems as interested in showing violence out in the open as it is buried and concealed. Watch as Sorrel’s nettlesome sister Dinah, in Maeve Fitzgerald’s determined performance, casually accepts the horrors she’s experienced, while hemming a wedding dress or chattering over the hum of a kettle. Just as unsettling, Red, when he hears of a local story about a man impregnating his daughter, tries to shift blame onto the victim, in a disturbing attempt to normalise harm.

Yet, the closer we get to this family’s dysfunction the less believable it becomes. Carr’s writing leans on vaguely coherent characters like Ded and Shalome, as if they were mystic messengers in a Greek tragedy feeding us plot details. Elsewhere, Zara, in her distress, rejects and realigns herself in ways that don’t feel fully drawn. It’s as if the complexity of psychological trauma requires a broader canvas.

That the plot feels underwritten, and even unclear in its final moments, might reveal something about the play’s origins – written before Ireland’s agonising decade of abuse reports. 18 years on, it has aching prescience if anything, in showing pain throughout the generations.

On Raftery’s Hill is on at Abbey Theatre, Dublin, until 12th May. Book tickets here