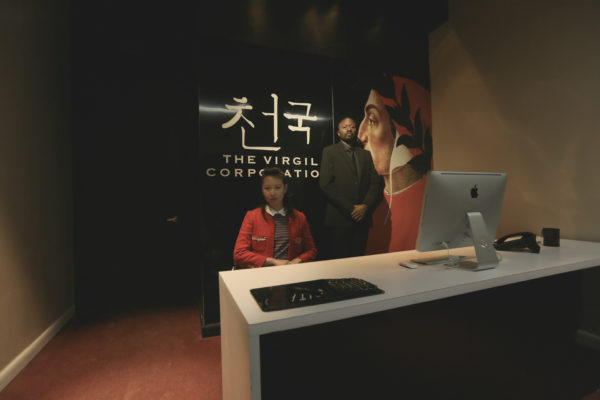 The first room looked convincingly enough like an office lobby, even if the actress behind the desk was putting an extra few doses of eccentricity into her role. We would fill out a form, she said, and then be escorted upstairs.

Instead, after receiving a call, she told us there had been a change of plans. She walked out, locking the door behind her, and the countdown began.

Paradiso: Chapter 1 calls itself an expansion of the escape room genre. A typical production of the type drops a small number of people into a locked room, from which they must find the way out by solving a series of interlinking puzzles.

Paradiso tries to go further, attempting to craft a narrative around the escape — and shows clearly just how hard it is to do that. As is often the case with platforms that inject plot only after the fact, it falls short of what ultimately proves to be too lofty a target.

As you manipulate objects in a room, unlocking doors and passageways, a cast that comes and goes feeds you disconnected snippets about a shadowy organization, its experiments, and the officials tracking what they believe is a cult. The production’s description adds that Paradiso takes some inspiration from Dante’s Divine Comedy.

But beyond that, the full story itself remains unclear. While it’s billed as an escape room constructed around a story, it feels more like a story constructed to fit around the escape room. Plot takes a clear backseat. It is flavoring, not meat, and it left me hungry.

It brings to mind a number of games that try to enhance an existing genre by adding plot. Like the second generation of first-person-shooter video games, where what plot there was was delivered in pieces, between levels of gameplay, that by the end never really added up to a fully developed story.

Those games were perhaps more story-themed than story-centered, and so is Paradiso. The point isn’t the story; that’s an afterthought. The point is the gameplay.

To that end, it may appeal to those who care more about the how than the why or what. For some, the fun will be in solving puzzles and cracking codes. The rooms themselves are multiple and beautifully detailed; there is so much to explore and not enough time to get bored.

The vague plotting gives it a bit of a dreamlike feel at times; for more game-minded audience members, this ambiance may serve well enough. But then what’s the point of trying to expand the genre? Surely there’s a way to build a story so well that it’s just as enjoyable as the game itself.

Besides, even the puzzles themselves felt incomplete at times. While plenty were the product of clear and clever logic, there were others that seemed half-done. Sometimes when a door opened, we didn’t understand what we did to deserve to move on. Maybe it was just generosity.

Immersive theatre is rarely easy, but often treated as if it is. Paradiso: Chapter 1 takes an already complex genre and aims to make it even more complex. It’s a great thing to try, as long as one doesn’t underestimate how ambitious that goal can be.

Rafi Mittlefehldt is a contributor to Exeunt Magazine