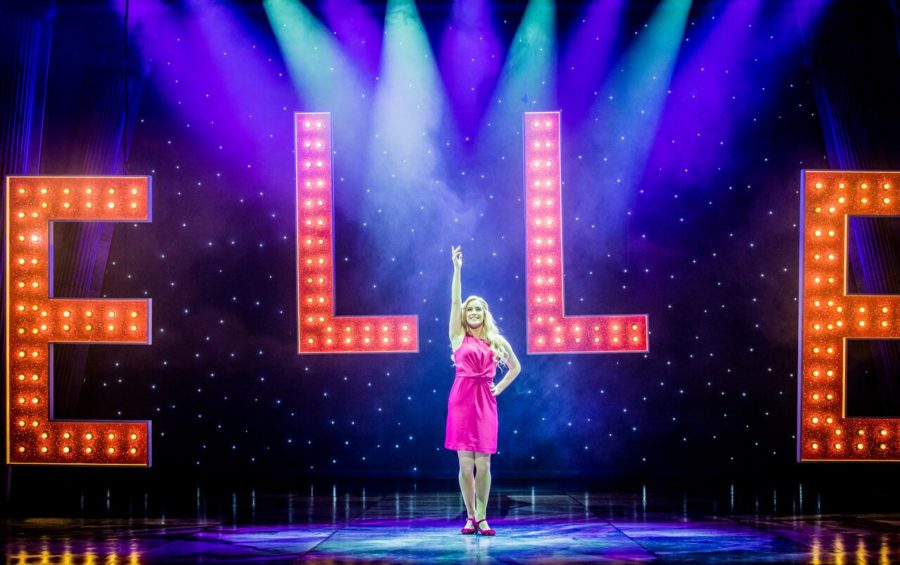 Permit, if you will, a prologue. It’s London, almost a decade ago. A much kinder time, though we didn’t yet know it. It’s December, heading towards Christmas, and the coldest winter since I arrived in the city. The streets thick with snow and thinned of people, cleared by the vagaries of bad weather public transport. Yet, lured by the promise of a last minute, super cheap stalls ticket to a show way beyond my usual price range, freed up as its owner had been felled by the flu, I allowed myself the folly of being lured into the West End on a Saturday night. And I knew, instantly, as I entered the crowded foyer of the Savoy (no snow was enough to deter these cheerfully robust theatre-goers) that I had made a terrible mistake, because I was not at a musical at all. Apparently, I had stumbled into the world’s biggest hen party, and my very own personal hell.

Everywhere was pink. Everything was sequins. Every voice was shrill and every glass held fizz and there I was, lumpen and sullen with my dark winter garb and my even darker mood, surrounded by everything festive. It was the worst place, at the worst time, and even before the show started I sat simmering, poised to hate it, and to hate myself for coming to it. That show was Legally Blonde. And, readers: I did not hate it.

As the last notes of the final number faded, I was on my feet with everyone else, “oh my god-ing” with the pinkest and sparkliest, because suddenly we were all at the same fabulous party, and how had I been so mean about all these lovely, welcoming women, who were all my new best friends? I was snooty Vivienne, prejudging on appearances, and I had been similarly converted. Spilled onto the snowy streets afterwards, shorn of my theatrical snobbery, I was warmed by the glow of one of the most likeable productions I had ever seen. And – in a powerhouse performance by Sheridan Smith – exposure to the wattage of star charisma that sears itself into your mind and leaves you dazed.

So, the question I was asking myself as I went into this touring revival was, would the simplistic but upbeat message still sway this old cynic, now she’s even older and more cynical? Stripped of Smith’s star turn and the dazzle of the West End (and fuelled by considerably less fizz), how would the show fare? The answer is that it’s just fine.

In truth, with its upbeat message, host of catchy songs and cameos by not just one but two cute dogs, Legally Blonde The Musical is a pretty tough act to resist. Fairly faithfully based on the Hollywood movie, this story of how Elle Woods gets into Harvard to win back her man, only to find herself and her vocation instead, translates impressively well into a musical, well-served by Laurence O’Keefe and Nell Benjamin’s insanely catchy songs and Heather Hach’s smart, funny book, which retains many of the original screenplay’s key moments.

Revising her role from the 2017 tour, Lucie Jones as Elle is far coarser then either Reese Witherspoon’s cinematic take or Smith’s stage interpretation. There’s a lot of comedy gurning involved, but this gaucheness makes her immensely likeable. Beneath all the pink and perkiness, she’s remarkably unpolished, as vulnerable and insecure as the rest of us, as she tries to negotiate the stratified world of Harvard Law, and Jones manages both the comedy and the musical numbers with charm and aplomb.

Also returning are Bill Ward as her sleazy professor and Rita Simons as her hairdresser friend Paulette, who milks the showiest part in the production for plenty of laughs. In a strong cast, David Barrett is amiable as the idealistic Emmett, Laura Harrison nicely captures both Vivienne’s initial frostiness and eventual thawing, while Liam Doyle as Warner is blandly suave.

The musical numbers are performed with verve by the talented ensemble – special props must go to Helen Petrovna for the spectacularly coordinated skipping number Whipped into Shape – and the cartoon-bright design (by Jon Harris, Jason Bishop and David Shields) is complemented well by Elizabeth Dennis’ on-point costumes.

The story is admittedly slight, and stereotypes – from comedy foreigners to camp gays – abound, but it feels churlish to unpick them against such a backdrop of big-heartedness (the Pride-flag waving conclusion to There! Right There! – where Elle’s team of young lawyers debate whether a witness is “gay or European” – suggests the production isn’t unaware of its slightly dated take on such things).

Director and choreographer Anthony Williams never lets the pace sag, from the raucously infectious opening number to the rousing finale, and the result is a show packed with charm, energy and heart. You guys, I’m still a fan.

Legally Blonde The Musical is at the Theatre Royal Brighton until June 16th. For more details, including future tour dates, click here.