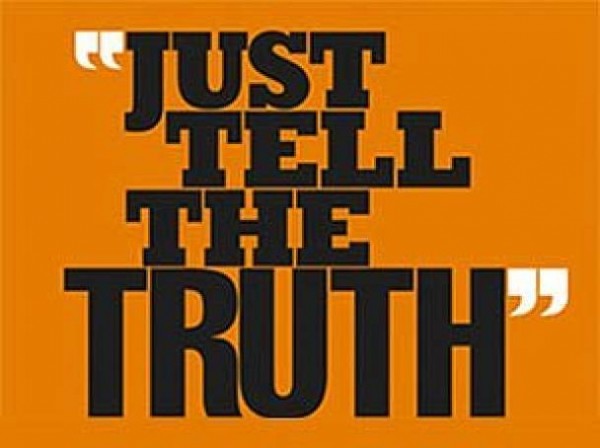 Deloitte Ignite returned for its fourth year with a contemporary arts festival curated by Mike Figgis over the weekend of the 2nd -4th September 2011 under the title Just Tell The Truth. Figgis’ core aim was to discover what we think about the state of the culture in which we all exist. Over a period of three days the public were invited into the Royal Opera House for a series of talks, performances, film screenings and installations with artists from all fields, including Matthew Herbert, Alber Albaz and Marina Abramovic. I went along on the Saturday and the below is my diary of the day: the statements in italics Just Tell, explain the facts of what occurred, whilst the others are ‘The Truth’, as experienced by me that day and as such are more personal, occasionally silly, but always true.

Deloitte Ignite 2011; a contemporary arts festival curated by internationally renowned English film director, composer and writer Mike Figgis | Figgis mingles with the crowd, blending throughout but marking his presence with a shocking pair of attention grabbing lime green shoes | It’s a weekend packed with artistic exchanges | Some events are outlined in big black marker, interviews, film screenings. Others are completely incidental taking place in and around the audience: “Wait”¦is she a dancer or just a crazy person” |

Interview with Figgis and jazz musician Peter King | “Interesting but how exactly is this about him telling the truth?” “He’s admitted to being addicted to heroin.” “Right”¦” | As King talks a couple move drunkenly around, shifting weight in a heavy but ultimately elegant pas de deux| Dancers from the Royal Ballet perform throughout the day | A flame haired girl in a damask tutu turns slowly on the spot, raised on a plain white block, she is the epitome of the jewellery box ballerina. Apart from when she stops to eat a sandwich she’s been doing this for two days straight | As we eat our huge slice of Victoria sponge a man athletically flings himself around the cafÃ©. 10,000 hours of practice and skill scattered around the corridors and rooms of the Royal Opera House like confetti |

Talk on environmental documentary JUST DO IT | Informal but potent opening ramble from director Emily James followed by the angry statements from the admirable but increasingly alienating activists flanking her | This is perhaps the most directly provocative of Figgis’ commissions | First question: How do they feel about this being sponsored by Deloitte? | “I didn’t know until we turned up an hour ago”¦this was the first fucking time I’d heard of it.” (James), I find this hard to believe | James brings up questionability of ROH’s connection with BP | A petrol filled bomb of righteousness explodes in the room. Gripping stuff, but just where is the money going to come from? | James funded her film by crowd sourcing | JUST DO IT is the most dangerous this event gets for me |

BOUDICCA’s installation, a collaboration between the fashion house, dancers Sian Murphy and Tom Whitehead and sculptor Dilip Sur | Arehearsal space transformed with bustles and projected forests into a studio dripping with cool | But what happens? | Nothing really, black-clad fashionistas drift around with languid purpose. Murphy stands beautiful in white with fierce shoulder pads and a disturbing amount of black ribbon growing from her ballet pump | Sporadically she is filmed creating a web of black swirls on a white paper floor by flicking the ribbons in fast foot movements | Purpose: to create continually evolving couture |

Throughout the weekend the audience is encouraged to come and go as they please | We potter round the ROH all day so it’s quite a shock to sit in a theatre space for musician Mara Carlyle and Mark Thomas | Both are utterly lovely | Mara Carlyle’s caramel tones belay her cheeky grin and mischievous stories, I develop a full blown girl crush | All performers have been given one single goal, to ‘Just Tell the Truth’ through their own medium | Thomas eschews the political to tell us about his terminally ill Dad’s love of opera. It is intensely personal and he reveals a lot |

Figgis believes this will be “A [festival] of aesthetic intercourse that will be shared with the public.” | If it is intercourse it’s very handsoff | This is a blessing after the forcefully interactive ethos of Edinburgh | Just Tell The Truth is a loosely hung together gathering of sophisticated minds and talents | Performers populate every nook and cranny of the ROH | Final thought – Just Tell The Truth is a quest for the audience to find the truth, wrapped as it is in classy, often obscure packages. The end result is worth it but when faced with steering your own experience its better not to go it alone, I luckily found a stranger and went with him. Best. Decision. Ever.