It’s the rain-soaked bank holiday weekend where the fringe goes to die: crowds chase after tickets to sold out shows, grey-faced performers dream of the comforts of home and pets, and flyerers throw their remaining stacks of paper into the air like confetti. But if you’ve still got an appetite for seeing shows, here’s what Exeunt’s writers recommend: hopefully, they’ll live long after the festival is over.

Reworking the canon
Tom Moyser might be the first writer to use ‘dramaturgy’ and ‘Shit-faced Shakespeare’ in the same piece, but his review of Hamlet shows that this company of inveterate pissheads shouldn’t be underestimated. He explains that “new audiences might be surprised by how fluent and (sometimes) weighty this production is” in its improv-heavy recasting of a well-thumbed text. Alt-comedian John-Luke Roberts’ Terrible Wonderful Adaptations is just as ambitious, and still more anarchic. Moyser’s Exeunt review takes the form of a dialogue with Roland Barthes, who casts a jaundiced eye on a night of wildly ambitious attempts to stage his writings. And finally, A Midsummer Night’s Droll is a reworking of a reworking, staging an illicit 17th century riff on Shakespeare’s comedy. As Moyser’s Exeunt review points out, “There is no fidelity to Shakespeare here: the only fidelity is to whatever scenes, songs or debauchery would hold the attention of whatever restless, half-shot audience could be cobbled together” – and The Owle Schreame’s production is by turns ridiculous, and fascinating for what it says about how plays are shaped by the context they’re staged in.

Dolly Would at Summerhall. Photo: The Other Richard.

Returning favourites
Many of the fringe’s biggest hits have a tragically short shelf-life so it’s a treat to see some of last year’s best shows return to delight new audiences. Sh!t Theatre’s DollyWould is back: yup, it’s giant boob beanbags are looking a wee bit grubby, but if DuÅ¡ka RadosavljeviÄ‡’s review is anything to go by, it still feels fresh and delightfully weird in equal measure. Middle Child’s All We Ever Wanted Was Everything is back too, and Annegret Marten’s review is an exploration of how the political context surrounding this heart-filling gig-theatre piece has evolved, one year on.

Love letters to lost sounds
This year’s fringe is full of shows that hymn the power of beloved tracks, bands, and long-ago gigs. Prehistoric revives a slice of Brisbane punk history – or more accurately, it invents it, breaking out of its prickly, complex gig-theatre narrative to explain the dangers of nostalgia. My review here. And The Basement Tapes isn’t quite about music, but it’s about something equally compelling: the lure of the recorded voice, and its power to transport you into the past. Tom Moyser’s review writes that “its genre is difficult to pin down: experimental horror, playful object theatre, subtle psychodrama, tense thriller” – making for an “intriguing, confounding” journey into the past.

‘Freeman’ at Pleasance, part of the Edinburgh fringe 2018

Shows taking risks that pay off
With the absence of Forest Fringe this year, there’s not a dedicated space for the festival’s most experimental work. But there’s still room for work that’s disarmingly, form-breakingly bold. Taking over Summerhall’s dank basement space, War With the Newts is a dystopian satire that, as Tom Moyser’s review notes, “fully commits to its premise. It doesn’t blink”. It’s housed in more conventional venue, but Freeman is similarly radical. It’s an exploration of racialised injustice that, as Crystal Bennes’ review explains, “uses every available means to bring its harrowing stories to life” – mixing painful true narratives with shadow puppetry and physical theatre. 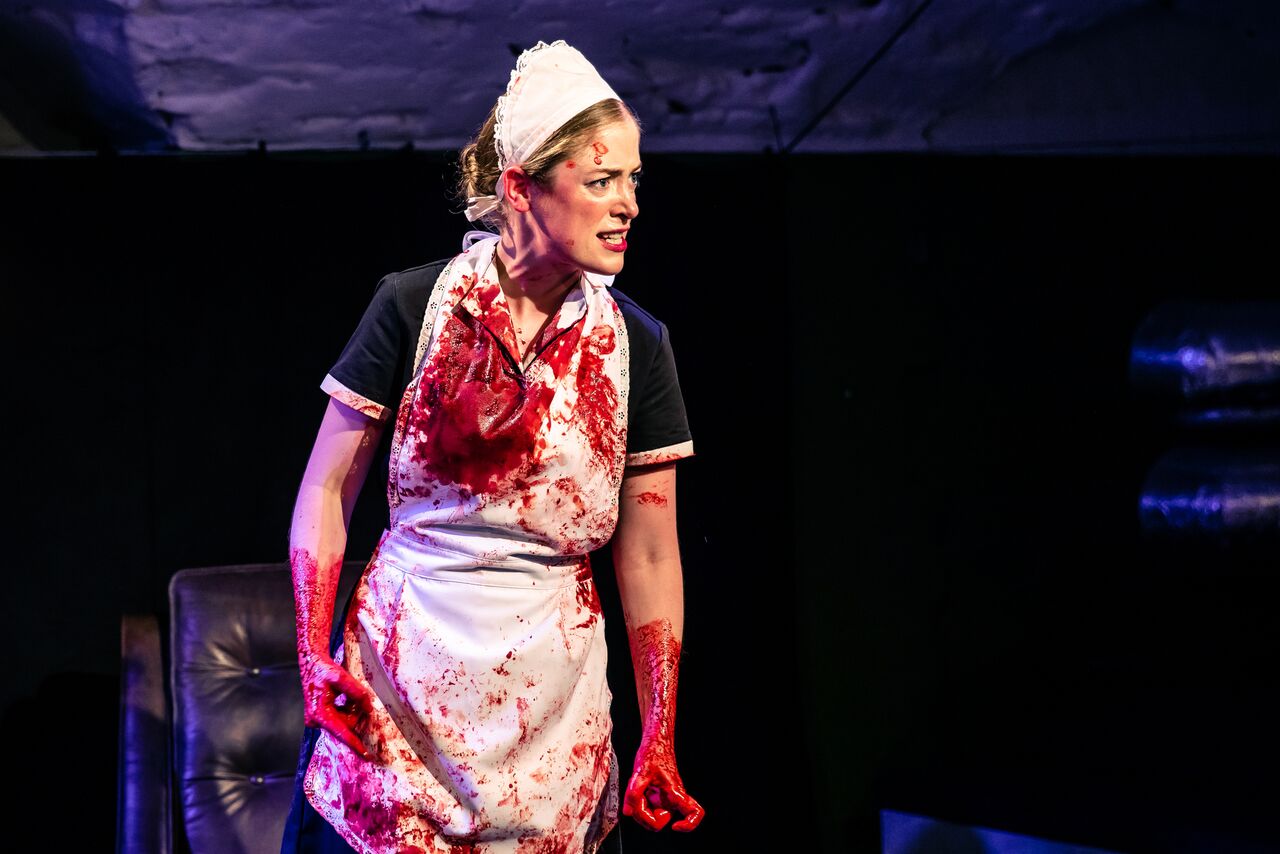 ‘Lady Killer’ by The Thelmas at Pleasance Courtyard

Surreal comments on the world we live in
Upending horror movie cliches, Lady Killer is, as Hannah Greenstreet’s review puts it, “a sophisticated deconstruction of gendered narratives of victimhood”. The consistently humorous, inventive Malaprop Theatre have drawn on another set of tropes to create Jericho. It uses the world of professional wrestling to explore ideas of truth in online journalism. And as Lilith Wozniak writes, it’s rare for making online culture visible onstage: “Jerich had clickbait! It had memes! It had bloody ASMR!! And none of it felt cringey!”.

Each show mentioned above comes recommended by Exeunt’s team of Edinburgh fringe reviewers. For more of our highlights, read our Week One and Week Two recommendations pieces. Or click here for all our reviews of 2018’s festival.