This autumn Chisenhale Dance Space, London’s home of experimental dance and performance, is celebrating its 30th birthday. In the early 1980s a group of visual artists and experimental dance collective ‘X6’ were looking for a new home. They had been residing in Butlers Wharf since the mid-70s but, as Britain emerged from a recession, they were evicted to make way for commercial redevelopment of the area. Fortunately Tower Hamlets Council found them a derelict veneer factory in Bow and to this day Chisenhale Road is still home to a dance space, gallery and artists’ studios. 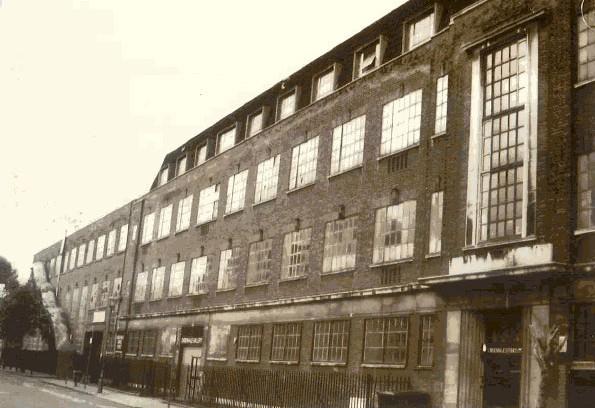 Chisenhale Dance Space’s story is an important one that tells us about the relationships between dance and visual art, and dance and politics. But in many ways it is a story that goes back further than 30 years, winding its way though post-war Britain all the way to the Great Depression and the USA.

But first let’s start in Britain in the 1960s. Late starters.

In many ways the British dance scene has been a long way behind both America and mainland Europe. For example Rudolph Laban established his Choreographic Institute in Zürich in 1915 but didn’t come to Britain until 1937 (and then it was to get away from the Nazis). Although Martha Graham established her modern dance company in New York in 1926, it didn’t perform in Britain until 1954. And it took until 1966 for London’s Ballet Rambert to introduce Graham’s technique to transform itself into Britain’s first modern dance company. But by this time, dancers in New York like Steve Paxton, Deborah Hay and Yvonne Rainer were done with modern dance and kicking up their own postmodern storm. However a year after Ballet Rambert’s switch, a new British dance school was established that started a more radical chain of events; the London Contemporary Dance Theatre (LCDT) housed at The Place.

The upside of Britain’s artistic time lag was that modern dance arrived at a time of economic expansion (including public funding of the arts), social liberalism and new ideas about art. It was a time of performance art, pop art, Beckett and the Beatles. And being a new company, the LCDT was a lot more sensitive to these social changes.

Dance critic Judith Mackrell described The Place as being ruled by “a kind of creative anarchy” with students from art as well as dance backgrounds being taught a mixture of techniques in an environment of creative freedom. It was an erratic time full of possibility. Alas it was short lived and the LCDT soon became formalised with a commitment to Graham’s technique, but by then it had already produced a cohort of independent dancers and choreographers who would form the core of Britain’s own postmodern movement – New Dance. Perhaps one of the most notable New Dance groups was X6, named after the address of the Butlers Wharf warehouse that the five of them moved into in 1976. 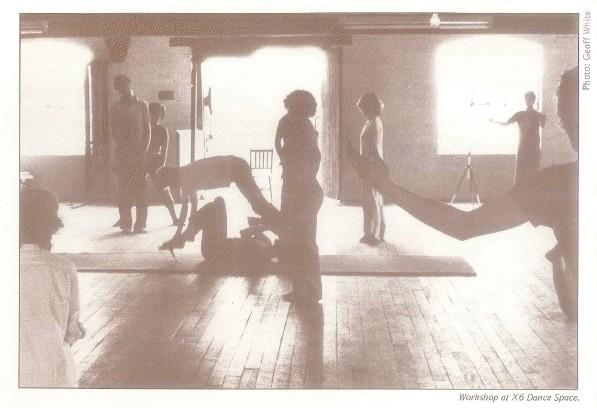 New Dance became a network of individuals and collectives loosely united by an openness to what constitutes dance and who can dance (working across art forms and in galleries for example); by an interest in the political and economic conditions in which their work is made; and by a belief in an equality between dancers, choreographers and other artists.

But let’s take a pause there and go back to Britain at the beginning of the Twentieth Century in the 1930s, when pretty much the only concert dance you’d find was  ballet performed in opera houses and music halls. It wasn’t until 1920 that the first ballet company, the Royal Ballet, was created, followed in 1926 by Ballet Rambert (who we just met).

By the time the Royal ballet moved into Sadlers Wells theatre in 1931, Britain was in the midst of the Great Depression. London and the south east continued to be relatively affluent, thanks in part to the emergence of new light industries such as the veneer factory being built on Chisenhale Road. But in the rest of the United Kingdom the country’s heavy industries collapsed and a quarter of Britain’s workforce was unemployed. As the government floundered, the Communist-led National Unemployed Workers’ Movement organised a number of hunger marches, in which unemployed men and women would march across the country to parliament – often violently suppressed by the police. The largest march – 100,000 strong – was in 1932, the same year that Oswald Mosley established his British Union of Fascists.

It was a time of political tension but British dance, had little to say on the matter. Meanwhile in America, the story was very different. Modernist art, music and literature had exploded in the midst of industrialisation, war and a long deep economic depression to dream of a future split clean from the past. But it was modern dance (which had been developing in America since the late nineteenth century) that went beyond a ‘mere’ aesthetic revolution to embrace politics, specifically socialism and Communism.

People realised then what they are rediscovering today – that through bodies, dance could speak to important political questions of how individuals can relate to one another and organise themselves. André Lepecki’ described in 2012 how “Dance’s inescapable corporeality constantly demonstrates to dancers and audiences alike concrete possibilities for embodying-otherwise…” but writing more plainly in 1930, American critic Margaret Gage praised dance as “the communal presentation of [an] idea”.

Notable amongst this political modern dance was the ‘New Dance Group’ founded in New York in 1932 by a group of Jewish dancers while marching to commemorate a union organiser who had been shot dead by the police.

New Dance Group were dedicated to social change through dance, declaring ‘Dance as a Weapon in the class struggle’. Their school boasted 300 student, to whom they offered ten cent classes that combined dance technique with discussions about Marxism. 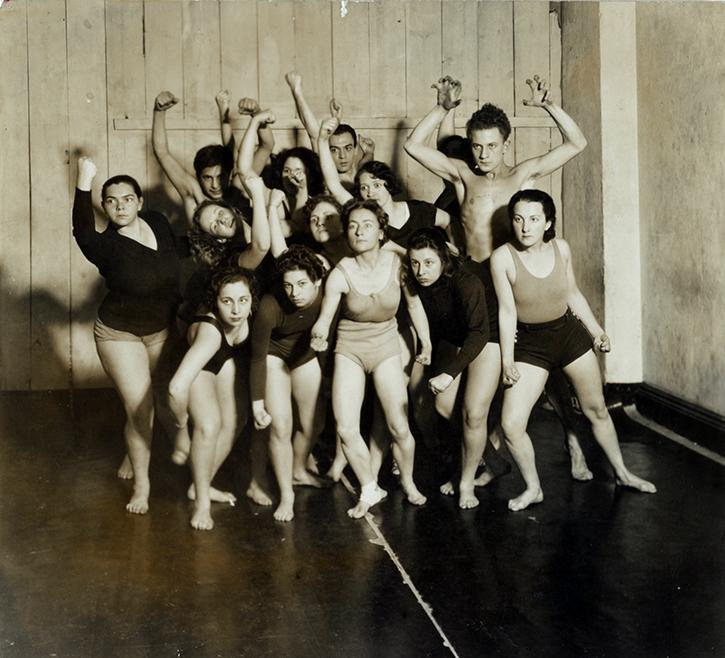 From the start, New Dance Group were involved (with others) in traditional political activism; campaigning for workers’ rights, denouncing dancers like Rudolf Laban for working for the Nazi regime, and raising money for the anti-fascists in Spain.

But perhaps most of their attention was on creating choreography with a social message. Some of New Dance Group’s dances were blatant propaganda, performed at pickets and demonstrations, with revolutionary themes and representations of workers in factories. These might sound crude today, but they were part of a genuine search for alternative languages to what they saw as the elitism of ballet (choreographer Ana Sokolow was disappointed when she visited Russia to discover its dominance) without falling prey to the mysticism and exoticism of Graham and other ‘bourgeois’ choreographers. Similarly, in the 1980s Britain’s New Dance often sought to challenge the traditional representations of gender and sexuality prevalent in dance.

Content aside, American modern dance was politically significant because it attracted and presented groups that were traditionally marginalised from wider society (and other art forms) like women, gay men and African Americans. New Dance Group’s cheap classes further opened up dance to workers, and later in the early 1940s they created programmes to train African American dancers. 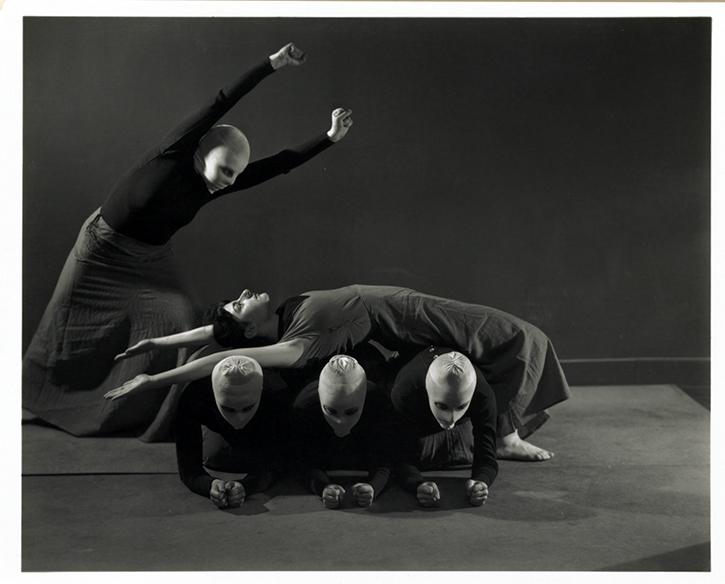 The inclusiveness was clearly driven by the political ideology of the group but the affordability of their classes was helped by the very social and economic problems they were trying to address in their work: In the midst of the depression, rent prices would have been very low and overheads for things like personal liability insurance just didn’t exist.

In a similar way, X6 was able to operate cheap, open classes and performances in the 70s because they had access to cheap space in Butlers Wharf, abandoned by a declining and evolving manufacturing industry.

And Chisenhale Dance Space was able to open, in 1983 providing community classes while supporting its artists, perhaps because of the mid 70s recession and a decline in light industry that closed down that Chisenhale Road veneer factory.

It’s also worth noting that X6 was helped by the little public funding that was available then for dance. And subsequently that lots of New Dance organisations closed when public funding failed it keep up with inflation or was reduced altogether by the 1990s. In such situations its not surprising that challenging and radical work with small audiences suffered.

In the 1930s New Dance Group ultimately faced the reality that workers preferred the familiarity tap dance and ballet to dancers pretending to be starving workers. And early on X6 acknowledged the tension between its aims of accessibility and experimentation (although in many cases showed the two were not exclusive). 30 years on, Britain’s taste for contemporary dance today sometimes feels no less conservative, highlighting the continued importance of organisations like Chisenhale, particularly in the face of recent round of funding cuts.

As well as politics onstage, New Dance Group were also significant for the way they organised themselves offstage. Since dance was still a comparatively new art form, it did not have the well-established institutions and economic structures – like galleries and museums, magazines and concert venues – enjoyed by painters, writers and musicians. Dance had to find new models of organisation and support, which encouraged serious grass-roots engagement but also protected it against commodification to some degree.

The same can be argued for both X6 and Chisenhale who were as notable for their democratic, collectivist structures as their aesthetics. Today Chisenhale Dance Space is still led by its artist members and many of the projects it hosts test out alternative forms of organisation. For example Chisenhale Coffee Mornings, in which artists meet to discuss issues of production, public policy and the politics were initiated by Gillie Kleiman but are now lead by a different artist each time. Or Antonio de la Fe’s OPENLAB in which professional dancers research questions of performance, with the role of facilitator rotating. 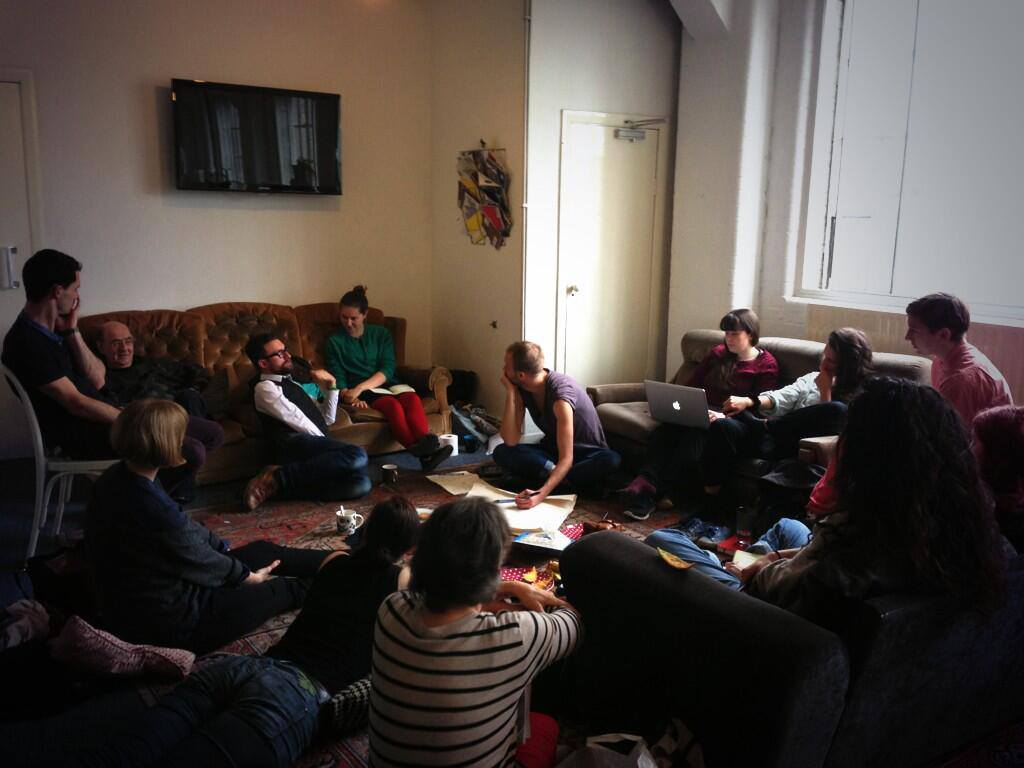 But I wonder what this question of structures means for the adoption of choreography and dance by museums and galleries today?

Dancing in museums is not new – it was there in the 30s and it was there in the 70s but perhaps what’s different now is that visual arts have grown their own performance makers. And while they might look like choreographers in some ways (albeit with that British time lag) perhaps its worth thinking beyond the colours of the walls to the economic and organisational structures that they operate in. As choreographer Mårten Spångberg writes  “let’s make sure not to offer ourselves for a bargain deal. Visual art people can support the museum with lousy deals because it makes them sell, get boosts in the gallery market and increase their value in the collectors consciousness, dance and choreography doesn’t have those markets so we have to charge at the door…”